from raw herbs to granules 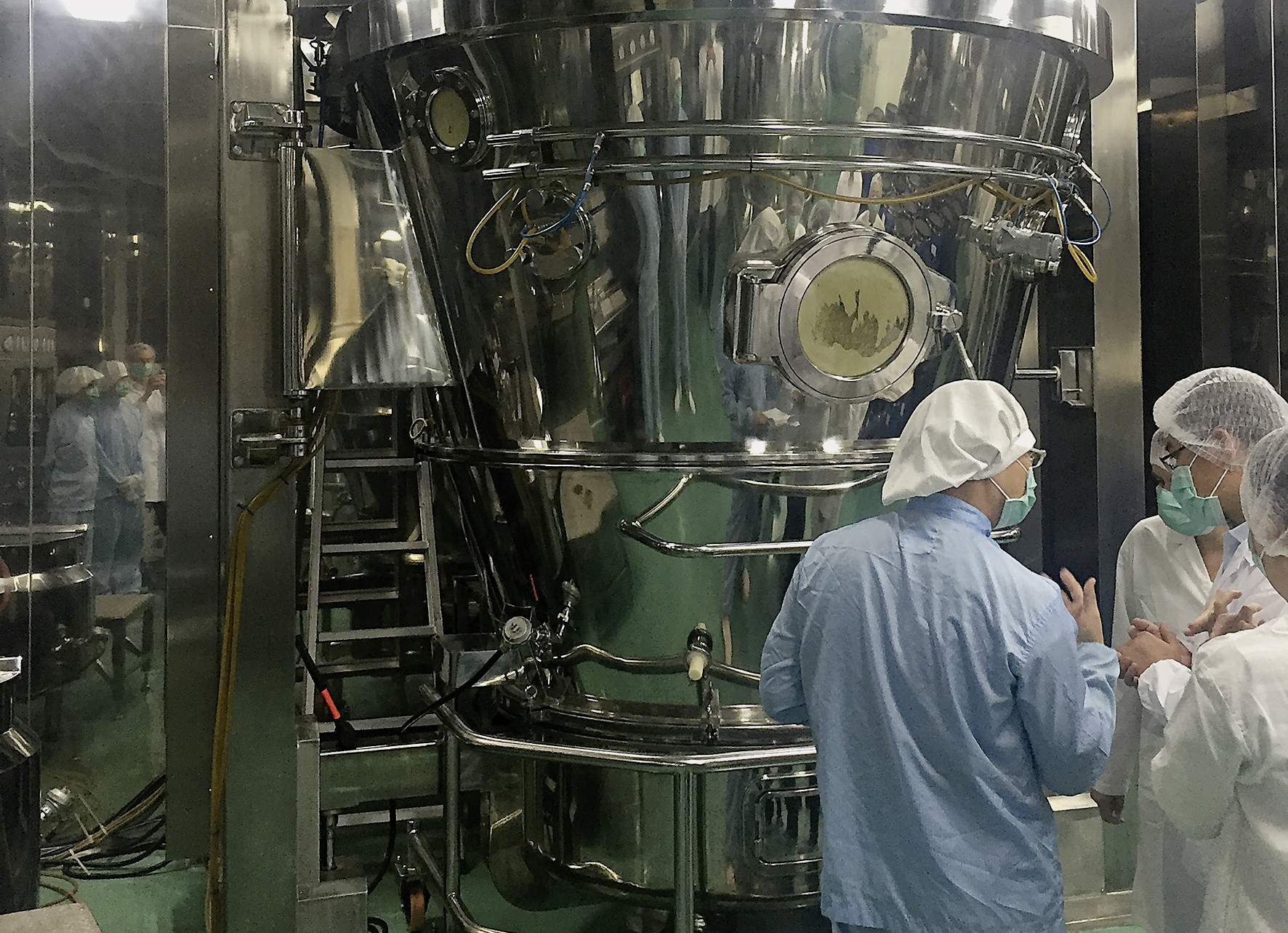 The development of granules resulted from the desire for a simpler form of administration than the hour-long, odor-intensive cooking of raw herbs. Pharmaceutical companies in Taiwan and Japan were pioneers in the field of granule manufacturing.

The starting point for granules is still raw herbs: individual herbs and also mixtures of herbs are usually extracted according to traditional methods with boiling water. However, there are also products on the Asian market, which are not extracted with water but rather with a solvent such as ethanol or carbon dioxide. Therefore, it is advisable to know how the products are manufactured.

The raw herbs are decocted in large extraction vessels.

Since 2002 in Switzerland, TCM granules are classified as finished medicinal products, and they are thus subject to authorisation and the manufacturing requirements are clearly defined. Manufacturers of medicinal products must work according to GMP (Good Manufacturing Practice) quality standards. LIAN persorms an audit of its production companies every two to three years to check whether GMP requirements are being met.

A Water extraction, concentration and granulation
B Pulverisation of the raw materials and where appropriate, granulation

The majority of the granules sold by LIAN are produced according to method A, i.e., they are extracted classically with water, concentrated and granulated. 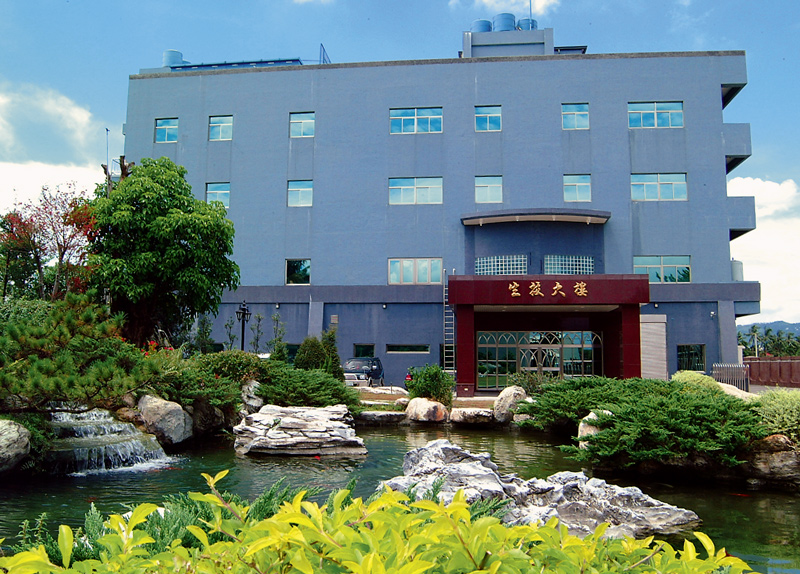 CSZ, LIAN's granule manufacturer, in the south of Taiwan.

A Extraction with water, concentration and granulation

The raw materials come almost exclusively from China. The contracted manufacturer, on his part, audits the suppliers from which he obtains these raw materials. This means that the traceability can be tracked back to the growing region or to the wild collection area.
The first basic tests are already carried out upon delivery of the raw materials. For example, the materials are tested to see if they haven't been irradiated, and, of course, the identity of the raw materials is also checked. If these tests are passed, certain raw materials still have to be cleaned, cut and dried again. Subsequently, the raw materials are analysed in detail according to Chinese pharmacopoeia, whereby the methods and limits according to the European pharmacopoeia (PhEur) are used for various analytical parameters such as microbiological purity, pesticides or heavy metals. Each container is marked separately with item, batch number, expiry date and release status.

The raw materials are placed in water and decocted according to product-specific regulations in large steel extraction vessels. The water is tested for quality according to PhEur specifications.
After the cooking process, the decoction is pumped out, the raw herb residue is mixed with water again and cooked once more. This process is usually repeated once or twice in order to extract, as far as possible, all water-soluble constituents from the raw herb or the raw herb mixture.

The decoctions from the various cooking processes are then combined. The water is removed under high pressure. Depending on the granulation method used, the decoctions are concentrated either to a viscous mass (for spray granulation) or until it is dried (for fluidised bed granulation).

The storage of raw herbs at the company Chuang Song Zong (CSZ).

Various raw materials (for example mussels, minerals, certain animal products and some very starchy or oil-containing substances) are often not extracted, but instead ground and then either granulated or sold directly in powder form. Manufacturers always strive to offer as many granulated and concentrated products as possible.

After granulation or after grinding, the product is mixed again in a large steel vessel so that the finished product is homogeneous.
Before the finished product can be filled, it is subjected to a detailed analysis. The analyses required by the European pharmacopoeia are carried out in addition to those required by the Taiwanese authorities.
After all steps have been completed, the product is filled into HDPE (high-density polyethylene) bottles. Some manufacturers, such as the company CSZ, produce their own bottles, in order to have their own quality in their hands. 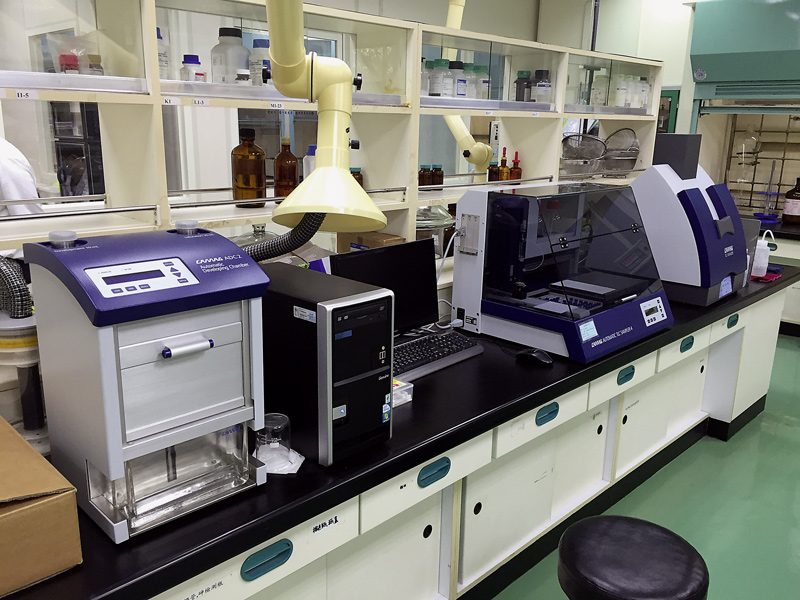 Various tests are carried out throughout the manufacturing process to ensure that, for example, the extraction or granulation process proceeds according to the specified conditions and to completion.

Taiwanese granules are usually produced with (corn) starch and do not dissolve in water. Instead they form a kind of suspension. In Taiwan the granules are often swallowed directly without dissolving them in water. In the West, however, this method of taking them is not very widespread.
Chinese granules often contain maltodextrin as an excipient and dissolve after prolonged stirring in water. The disadvantage of the Chinese maltodextrin granules is that they are hygroscopic (water-attracting) and tend to clump together more than the starch-containing granules. 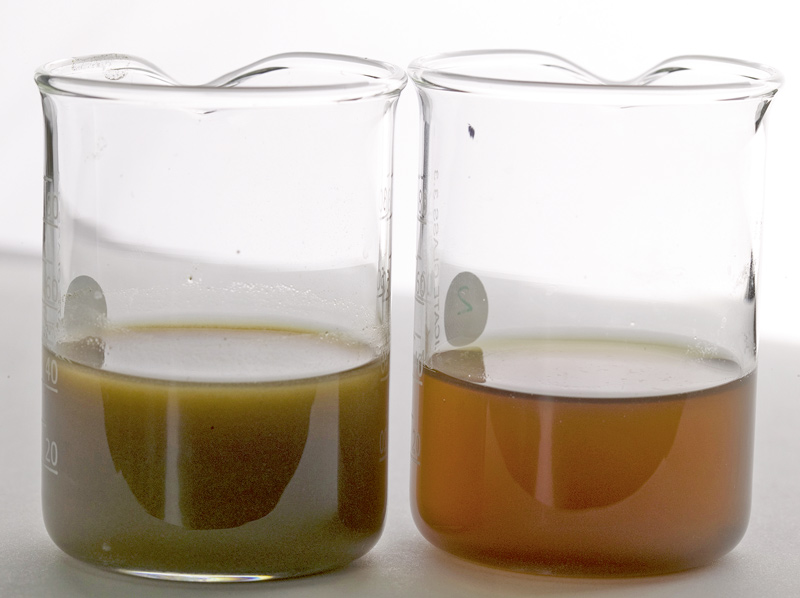 Taiwanese granules form a suspension which is opaque (left) due to the production with cornstarch. Chinese maltodextrin granules dissolve almost completely, and the resulting solution is clearer.