Decoctions are a water extract. They are prepared by boiling the Chinese herbs in water. The standard preparation, as already defined in the European pharmacopoeia, consists basically of the following steps: soaking, the first boiling, the second boiling. Some herbs are pre-cooked, others are added just before the end of the first boiling. Finally, the finished decoction is bottled and stored so that it stays as fresh as possible for as long as possible. Patients who produce the decoction themselves need precise instructions so that they can get as much from the herbs as possible.

The raw herbs can be ordered packaged in two ways:
- in a plastic bag to cook loosely
- sealed in a filter bag for easy handling 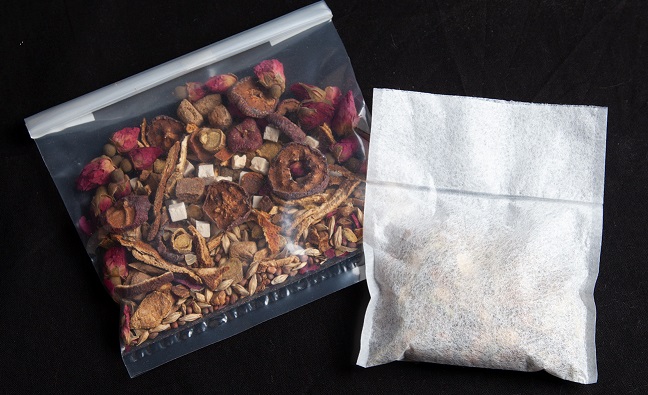